Beautifully landscaped MacArthur Square in downtown Norfolk, Virginia is the site of the four buildings that comprise the MacArthur Memorial. The Memorial’s theater contains several special exhibit galleries and continuously shows a twenty-four minute film on the life and times of General of the Army Douglas MacArthur. The Jean MacArthur Research Center (named after the General’s widow) houses the library and archives, education programs, and the administrative offices for the MacArthur Memorial and the General Douglas MacArthur Foundation. The gift shop displays General MacArthur’s 1950 Chrysler Imperial limousine which he used from 1950 to the end of his life. The museum proper is housed in Norfolk’s stately nineteenth century City Hall. A monumental rotunda is the General’s and Mrs. MacArthur’s final resting place where they are surrounded by inscriptions, banners, and flags heralding the general’s long and glorious career. Nine separate galleries arranged in two levels circle the rotunda and tell the story of General MacArthur and the millions of American men and women who served in the United States Armed Forces from the Civil War through the Korean War. A visit to the MacArthur Memorial provides a unique glimpse into the 20th century and can renew your faith in those American values of Duty-Honor-Country, values which motivated Douglas MacArthur as he served our nation through some of its greatest crises and finest hours. Click here for a virtual tour of the MacArthur Memorial. 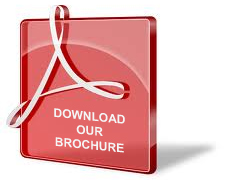