Head south from Virginia Beach for homemade pies, fresh seafood, antique airplanes, and the annual Pungo Strawberry Festival. One of seven boroughs that were combined to create the city of Virginia Beach in 1963, the one-stoplight town of Pungo features the best of a farming village and a laid-back beach community. While it’s officially part of the state’s most populated city (and only about 10 miles from the busy Virginia Beach Boardwalk), it seems a world away. You can spend a Pungo day enjoying home-baked goodies, admiring restored World War II aircraft, dining on just-caught seafood, and picking farm-fresh strawberries all within a few miles of the rolling Atlantic waves.

Here’s how to do it all. 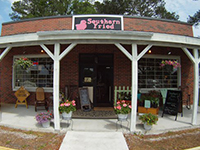 April Habit grew up in Pungo and ran a business in Virginia Beach until 2005 when she and her husband, AI, headed back to her quieter hometown. Last year she opened this unique shop that offers Country French antiques, baked goods, and hand-dipped ice cream in a restored general store. “Al and I owned a home decor showroom in Virginia Beach, and we wanted a slower pace,” April says. “Pungo certainly has that.” The couple knew they had really left the city for the country when, shortly after they opened, enough locals started arriving on horseback that they had to put a hitching post out front. April also runs a small bakery in the shop. “We bake fresh cupcakes, cookies, blondies, brownies, and pies,” she says. “And we have an old fashioned ice-cream parlor. After the local kids heard about that, we had no problem getting the word out about our place.” 4100 Charity Neck Road; 757-426-5959. (Permanently closed for business.) 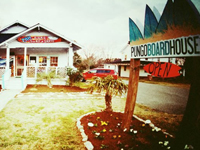 11a.m. HANG TEN AT THE PUNGO BOARD HOUSE

Dylan Rogers also returned to his hometown and opened this shop in 2007. Besides selling beachwear and surfing gear, Dylan repairs skateboards and surfboards and teaches all ages how to ride the waves at Sandbridge Beach about 6 miles from town. “People are surprised to find so many surfers in Virginia,” Dylan says. “But it’s always been a center for Atlantic surfing. That was all my friends and I wanted to do as kids, and I’m glad to see so many local kids doing it today.” 1789 Princess Anne Road; pungoboardhouse.com or 757-426-0111.

Four years ago Jerry Yagen was looking for a place to store his private collection ofWorld War I and II-era aircraft. He found a spot at the Virginia Beach Airport just south of Pungo and built the Military Aviation Museum. Now Jerry and a staff of restorers work in the museum’s “Fighter Factory,” keeping more than 50 biplanes, bombers, trainers, and other vintage aircraft shining and soaring. “We try to fly them as much as possible. A plane looks best when it’s in the air,” says Jerry, who pilots many of the airplanes himself. Visitors can see the antiques take off from the museum’s airstrip or during air shows, such as the annual “War birds Over the Beach” event at the museum, May 18-20. When he’s not flying, Jerry stays busy on the ground, adding to his fleet, now one of the largest private collections of flyable wartime aircraft in the world. And he doesn’t just restore American planes. Jerry recently reassembled a 1934 Luftwaffe hangar from Berlin behind the museum to house his growing collection of antique German aircraft. 1341 Princess Anne Road; militaryaviationmuseum.org or 757-721-7767. 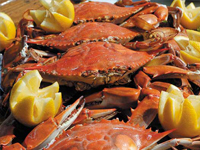 The name of this place just about sums up its menu. It all began when Margie and Ray Blanton opened a country store and tackle shop on the road to Sandbridge Beach in 1964. Their son, Thomas, built an addition and started serving dinner when he inherited the business 35 years later. Now beach goers fill the cozy eatery for fried or grilled seafood platters (try the Homemade Crabcake with hush puppies and coleslaw) and some of the state’s best she-crab soup. 1240 Sandbridge Road; margieandrays.com or 757-426-2397. 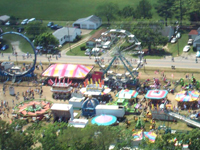 2:30p.m. PICK SOME BERRIES BEFORE HITTING THE ROAD

The Virginia Beach area boasts about a dozen you-pick strawberry farms (with several located near Pungo), and the town goes berry crazy during the Memorial Day weekend Pungo Strawberry Festival. This year, thousands of visitors are expected to convene near Pungo’s only stoplight at the intersection of Princess Anne and Indian River roads for two days of free family fun. Enjoy browsing works from local artists and crafters, as well as a strawberry pie-eating contest, parade, carnival, live music, pig races, and a livestock show. pungostrawberryfestival.info or 757-721-6001.

If you choose to stay the night… Located near the southern end of Virginia Beach (about 9 miles from Pungo), The Schooner Inn offers suites with kitchenettes and great ocean views. 215 Atlantic Avenue; 757-425-5222